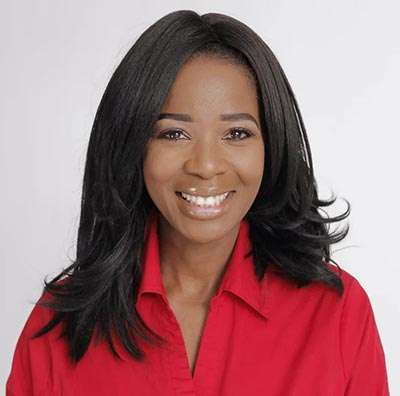 Arlene McLaren is a seasoned executive, entrepreneur, published author, television and radio host. Arlene has over 15 years of Knowledge and Leadership in the public and private sector while serving in a variety of professional capacities. She is a business consultant and life coach specializing in momentum and peak performance coaching.

As a self-proclaimed ‘Bronx Girl,’ Arlene  McLaren has achieved tremendous success in what she frequently likes to call her, “adult years of enlightenment.” Now she has reached a life pinnacle by releasing her first book in 10 years aptly named, 10 Secrets to Overcoming Fear & Getting Unstuck After COVID-19. In addition to becoming an author Arlene is a gifted speaker who often uses her life experiences to coach others to success as a Momentum Life & Business Coach and by creating media content that inspires others in her circle to want to succeed.

As an author, actress, TV talk show host and digital content producer, Arlene has appeared in such notable publications as the Daily News, Ebony Magazine, The Amsterdam News and the Harlem News. She’s even rubbed elbows with world changers such as Presidents Barak Obama and Bill Clinton and Harry Belafonte.

Arlene is popular public speaker and regularly hosts business conferences and training workshops. And as a corporate consultant, she has advised businesses in healthcare, higher education, and public service leaders. In fact, in 2012, as a DNC Staffer,  Arlene worked on the Presidential Campaign for Barack Obama, was appointee to “The Commission on the Status of Women.”

In addition to being an avid international traveler, Arlene is also a recipient of various City, State, Federal Government awards as well as those from various Corporations and Organizations. Arlene holds a Bachelor’s Degree in Government from Oral Roberts University and a Master’s Degree in Adult Education and Human Resource Development from Fordham University and Credits toward a Doctorate.

Arlene hosts her masterclass Overcome Fear, Get Unstuck and Live your Best Life every Thursday in the Vault.

For more information about Arlene please visit her website www.askarleneshow.com