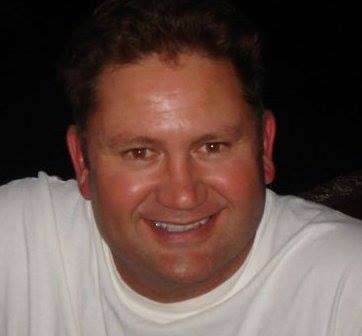 Dr Geoff Alley graduated as a Dr of Chiropractic from Palmer College of Chiropractic, USA in 1999. Since then he has built a very large and successful Chiropractic practice on the North Shore of Auckland, New Zealand.

His passion is in Health and Fitness and empowering others to live the Wellness lifestyle.

Geoff is a former International Rugby Union player and is a ‘Double International’ having represented the New Zealand All Blacks 7s team and also the USA Eagles National 15s team when residing in the USA.

After Geoff graduated he returned to NZ and he settled down to run his Chiropractic Clinic and continued his Rugby career as a Rugby Coach, quickly establishing himself with numerous Championships, including the National 7s Championship with North Harbour. He was an assistant Coach of the All Blacks 7s side from 2008-10. He won the first ever professional ‘Super 7s’ series in Sri Lanka in 2011 with the Central Kings and became Head Coach of the Philippine National 7s side in 2014, winning the Gold Medal at the SEA Games in 2015. From 2014-16 he was the Staff Coach at the International Rugby Academy and taught Rugby Coaches from all over the World.

In 2019, aged 52, he stepped in to a Boxing Ring in a fight for charity, raising funds for Mental Health and Suicide prevention. He went 3 rounds with a taller, heavier and younger opponent by 11 years and came out on top.

Dr Geoff combines his experience of having played and coached in one of the most rugged and physically demanding sports in the world at the highest level , with his knowledge of the human body, anatomy, physiology and psychology.

This combined knowledge of elite sport and healthcare has led to Dr Geoff being a sought after speaker in Businesses and Schools and on Zoom presentations, and now here on Noble Goldman and the Vault he can create a space for all Chiropractors and Rugby Union enthusiasts in the ‘Chiropractic Vault’ and ‘Vault Rugby’ and with a vision to expand further and broader in to General Health and General Sports.

Dr Geoff along with his co-host Dr Sarah Farrant facilitate The Chiropractic Vault every week in The Vault.