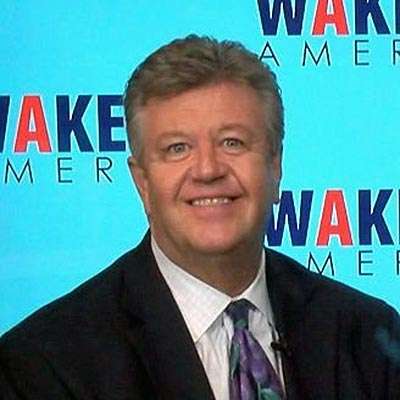 He was born and raised in Hanover, Pennsylvania. He is a graduate of the McDonogh School in Owings Mills, Maryland, and received his Bachelor of Arts degree in 1976 from Roanoke College in Salem, Virginia, where he majored in, Business, English and Sociology.

Russ’ sales experience began in the summer of 1970 with the Hanover Shoe Company, where he continued in retail and direct sales through college. In 1977 he became a Territory Manager with the Lees Carpet division of Burlington Industries. In 1979, 1980, and 1981, DeVan was named to the President’s Honor Club, a distinction awarded to Lees’ top 1% of sales performers; an achievement based on volume and increase in an assigned territory.

Russ left Burlington in 1982, to start his own sales training and marketing company. For the next eight years, he assisted in the development of sales organizations for corporations in the petroleum, home improvement, telecommunications, and nutritional supplements industries.

He is a published author on the subjects of networking, personal development, and sales training. In January of 1991, Russ established the Success by Design Institute, Inc., a premier Sales Training & Marketing consulting firm and one of the pioneers in the development of network “Online” training. The Institute’s primary focus has been the building of sales organizations and enhancing clients’ marketing efforts through communication and development of personnel. Success by Design’s mission is to create a new “value-based” model for how selling, recruiting, and training can be done, which Russ refers to as “Un-training.”

Specifically, Russ addresses the common dilemmas: ” Where do I go;” “What do I do;” and “How do I do it?” One Success by Design client watched its sales explode from one million per year to nearly three million per month, in less than three years. Until 1993, SBDI was based in Chicago, Illinois. Then Russ moved to Scottsdale, Arizona with his wife Karen and daughter Brooke.

He expanded his business horizons and pared the company’s name to Success by Design, Inc. Russ DeVan was featured in the premier edition of Success Magazine’s “Working At Home” in 1995 as one of “the top 24 home-based business entrepreneurs in America.” His example has been honoured by his peers in the form of training subject material through various media sources, world-wide.

A published author, DeVan’s articles were featured six times in the Direct and MLM Sales Industry publication: UPLINE. He was honored to be selected as one of the original five UPLINE “Masters” and influenced hundreds of thousands of Independent distributors while on the Master’s Touring “circuit” from 1991-2000 and in the years following.

In 1996-97, Russ built a sales organization with a health supplement company that exceeded 25,000 distributors and generated $1.9M per month in sales in just 9 months and is known as one of the architects of the first “matching bonus” in a network marketing compensation plan, which he dubbed “multi-match.”

Russ is proud to have worked with and personally sponsored the single most successful TV infomercial personality in history: Tony Little -“America’s Personal Trainer” who today, still remains a close personal friend.

Russ has several masterminds and masterclasses in the Vault including